What is Media Archaeology? - beta definition 0.8 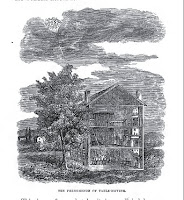 One of the hardest questions I have to continuously answer is “how do you then define media archaeology”, or even worse: “can you give a short definition of what is media archaeology”. When answering “no, I cannot” is not an option, I need to try to make the point of its multiple origins and conflicting definitions by a range of scholars from Huhtamo to Zielinski, Elsaesser to Ernst; but also, try to add my own definition, which proceeds by way of synthesis. Hence, what follows is an attempt to offer one definition, or at least a useful paragraph of how we can think of media archaeology. In other words, as a definition including points of how it has been understood, and how I rephrase its possibilities, here goes (beta version for testing purposes):

Media archaeology has succeeded in establishing itself as a heterogeneous set of theories and methods that investigate media history through its alternative roots, its forgotten paths, and neglected ideas and machines that still are useful when reflecting the supposed newness of digital culture. The definitions have ranged from emphasising the recurring nature of media cultural discourses (Huhtamo) to media archaeology as an-archaeology, or variantology (Zielinski) which in its excavation of the deep time layers of the way we sense and use our media always tries to find an alternative route to dismantle the fallacy of linear development.

Furthermore, I see media archaeology as a history-theory enterprise, in which temporal excavation of media functions as a theoretical force as well; a reading of old media and new media in parallel lines. Media archaeology is decisively non-linear, and rigorously theoretical in its media historical interest of knowledge. In a Benjaminian vein, it abandons historicism when by it is meant the idea that the past is given and out there waiting for us to find it; instead, it believes in the radical assembling of history, and histories in the plural, but so that it is not only a subset of cultural historical writing. Instead, media archaeology needs to insist both on the material nature of its enterprise – that media are always articulated in material, also in non-narrative frameworks whether technical media such as phonographs, or algorithmic such as databases and software networks – and that the work of assembling temporal mediations takes place in an increasingly varied and distributed network of institutions, practices and technological platforms. Indeed, what media archaeology investigates are also the practical rewirings of time, as is done in media artistic and creative practice work, through archives digital and spatial, as well as DIY and circuit bending which recycle, and remix obsolete technology as much as they investigate how technology is the framework for temporality for us.

Media archaeology takes place in artistic labs, laboratories where hardware and software are hacked and opened, but as much in conceptual labs for experimenting with concepts and ideas.

(Acknowledgements: my thinking in terms of media archaeology is at the moment very much influenced by both a range of established scholars from Huhtamo to Zielinski and Elsaesser, but also by writings and personal exchange with a range of "newer voices", including Garnet Hertz, Wolfgang Ernst, Wendy Chun and others. Hence, my definition is not exclusive in that sense, but part of a wider network and scholarly interest in rethinking some of the temporal basis of new media theory. And there is lot more to come and digest; Matt Kirschenbaum's work and its implications for media archaeology; how to incorporate software studies into the so far very screen-based media archaeological focus, etc.)

Image: Antennaes open to the other worlds.
From Andrew Jackson Davis' The Present Age and Inner Life, expanded edition 1869, p.89.
Posted by Jussi Parikka at 03:43